This guide has more recent changes. Switch to the latest unverified version.

Written By: Tyler Anderson (and one other contributor) 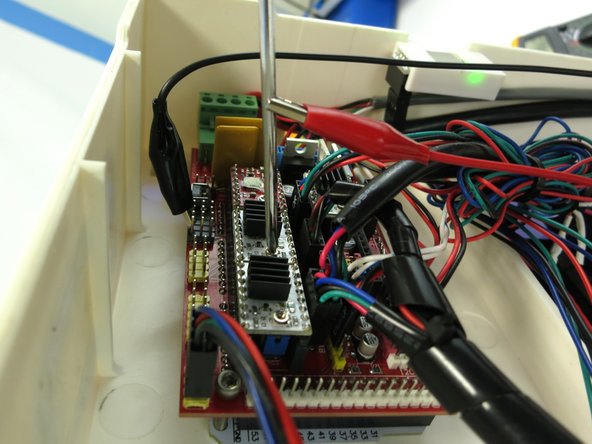 Reasons you would want to adjust the motor current

Some printers have digipots for digital current control. For these printers, the current is set through your firmware configuration. On other printers the current is adjusted via trimpots on the motor drivers themselves. This goes for any printer using modular Pololu style stepper drivers. Below is where you can find the firmware settings on printers with digipots. For the rest of this guide, we will focus on printers with manual trimpots

For more information about adjusting your motor current, check out https://bootsindustries.com/pots-calibra...

2 other people completed this guide.

thank you very much

Interesting that the above formulas are so different from what I found in the user manual for the amazon kit I bought. They say Vref=A*0.8, where as the above is Vref=A*0.5 or Vref=A*0.4. That’s a big difference!

The formulas are different for every type of motor driver. Use the information from your driver’s manufacturer.